Modern motion controllers can include the ability to run stepper motors with encoder feedback, resulting in true closed-loop motion control. This mode of motor control is very similar to standard three-phase brushless servo motor control, where the three phases are offset 120 electrical degrees. With steppers, the motor has two phases offset by 90 electrical degrees. The benefits of closed-loop control with stepper motors include greatly improved velocity smoothness and reduced power consumption compared to open-loop steppers and much higher torque at low velocity compared with traditional three-phase brushless servo motors.

To compare velocity smoothness and current consumption between open- and closed- loop steppers, two systems were assembled. For open-loop testing, a motion controller provided step and direction signals to a 3.0A microstepping driver with 64 microstep/full step resolution. This was connected to a linear stepper motor. For closed-loop control, a controller with a built-in two-phase brushless amplifier was connected to the same linear stepper motor, shown in Figure 1 below. 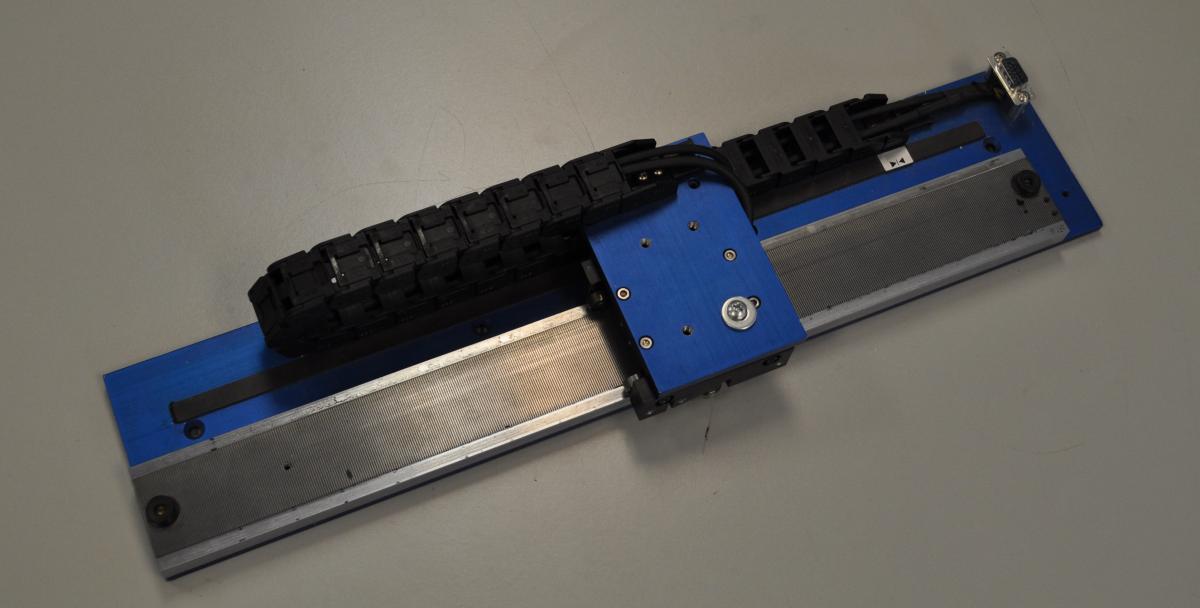 The objective of these tests is to maximize velocity smoothness and minimize current consumption. Achieving this will result in a system with higher performance, lower operating costs, and possibly an increase in longevity.

To test for velocity smoothness, the open-loop system was commanded to jog at a steady speed in terms of motor steps. The built-in encoder's velocity was monitored by graphing software. The closed-loop system was then commanded to jog at a speed that was equal to that of the open-loop test, except that the motor was commanded in terms of encoder counts, not motor step pulses. The closed-loop system was tuned manually using the built-in PID (Proportional-Integral-Derivative) filters. In addition, other filters were used to improve performance even further.

To test for reduced current consumption, the motor was run continuously for 30 minutes, then the motor case temperature was measured. A lower temperature indicates less current consumption. Figure 2 shows the velocity smoothness when running open-loop. As can be seen, there was a sinusoidal velocity ripple due to the physical properties of a stepper motor. The velocity ripple was approximately +/-500 encoder counts/second. There was an audible pulsing sound when moving, typical of open-loop steppers.

Switching to the closed-loop solution and commanding motion based on encoder counts, the position error was added to the plot. Using a combination of automated and manual tuning adjustments, the motor velocity smoothness was improved dramatically. The velocity ripple was measured to be approximately +/-60 counts/second.

Figure 4 shows the effect on the error when using a notch filter at 16 Hz. The velocity ripple was measured at +/- 15 counts/second.

By integrating a suitable position feedback device such as an incremental quadrature encoder and using a two-phase brushless amplifier in a stepper motor application, the accuracy and smoothness of the motion was improved dramatically.